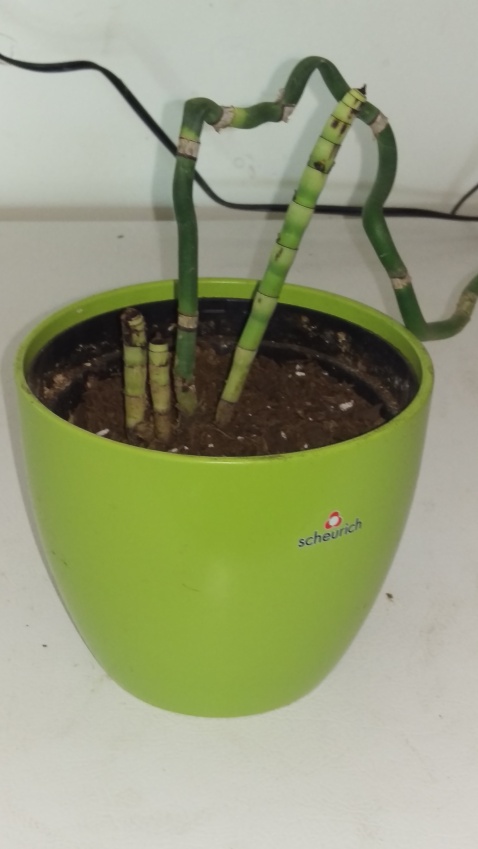 I never thought there would be a need for Part 2 of Bamboo Quest, but here I am, almost two years later and the battle between nature and woman continues.  I wrote a post that spring about my ongoing struggle with the bamboo I had planted based on the romantic notion of “The Fern and the Bamboo”.  I learned a tough lesson—don’t plan landscaping based on cheesy, albeit meaningful, poetic stories about nature.  You can read it here.

In the year between the first attempt at getting rid of it and now, it grew back.  The stalks themselves were not thicker—in fact, they got almost skinny-asparagus-looking, but there were many more of them.  I had spent hours digging up the stalks, presumably by the roots, to eradicate the bamboo from the side of the house.  Ironically, I believe that it actually helped aerate the remaining roots, because it spread up to the side of the house even faster, rounding the corner into the front landscaping.

Last summer, busy with Tyler’s graduation, not to mention completely frustrated with my inability to wipe it out, I just lived with it, trying in vain just to keep it contained to where it already had grown.  The best (or maybe the worst) thing about that side of the house is that I don’t really ever see it like I do the side next to the garage.  It’s times when I am cutting the grass or getting out the hose that I am reminded that I need to do something about that crazy bamboo.

Must conquer bamboo before it strangles my Lilac Bush!

Late this winter, I started to plan what I was going to do about it.  I watched You Tube videos of people telling how they managed to get rid of that invasive plant.  One video I watched with a method I wanted to try was smothering it. The guy doing the video told of how he had left a piece of plywood on the ground and when he moved it a couple of days later, the bamboo had died.  I envisioned laying down thick, black plastic and putting gravel on top.  It seemed like a very do-able method, even if it involved a lot of gravel shoveling.  My fear was that this bionic plant would manage to pop right through the plastic anyway, and it’d be even harder to get to with the plastic barrier.  Another method, told to me by a friend who is actually a plant ecologist, was to cut it back close to the ground and pour full strength, concentrated weed killer in the stalks.  That seemed like an even better plan, and although I don’t like that it will be some time before I can plant anything there again if I sterilize the soil, I liked the idea of dousing it with the weed killer and spending the summer re-spraying as needed until it doesn’t come back.

So yesterday, I tackled the bamboo full force once again.  I prepared by going to Home Depot and buying the largest container of Round Up concentrate they sold as well as a long machete.  The machete purchase worried Darrell a bit.  Mostly because I think he thought I’d lose a digit or two—he knows me pretty well.  I had this idea of going all “Ghengis Kahn” on the bamboo, like a mighty warrior defending the homestead.  Instead, it was a pathetic version of sword-wielding with me slamming the machete into the toughened stalks and nicking them a tiny bit.  I could almost hear the bamboo laughing.  I changed my game plan after about a half hour of getting nowhere, and grabbed my little hacksaw that I use for cutting thicker branches when I’m pruning trees.  I’d grab a handful of bamboo, and saw at it like it was one large branch.  It went much quicker than individually cutting stalks and pulling them out, and left me with little stubs of bamboo sticking out of the ground.  With this method, at least when I was finished it looked like there had been some progress, even if it does grow back.  Rain was forecasted for the afternoon, so I hurriedly poured straight up Round Up concentrate directly on the stalks.  “Bottoms up,” I told the stalks.  I really hoped they were in a drinking mood.

This morning when I took a look, the remaining stubs had yellowed slightly, but didn’t look completely worse for wear.  I suppose only time will tell if it actually poisoned them completely.  I vowed to myself that I would make it a point to check on it throughout this season to see if there seems to be places where it’s getting its second…make that its third…wind.  Like any problem, hoping it will just go away on its own doesn’t work.  Again, another life lesson taught to me courtesy of yard work.  I never stop seeing metaphors for life in the yard and garden. 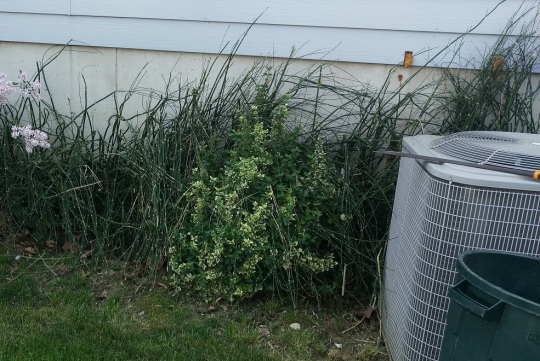 When I was finished, I saved a few stalks of the bamboo and put them in a pot.  I want to be able to be remind myself of how a seemingly small act like allowing something as innocent and seemingly beautiful as a slender stalk of bamboo into my space can turn out to have extreme repercussions that take a lot of work to remedy.  For now, that side along the house will remain minimal and barren, until the solution has run its course and I once again can plant something shade-loving (and much less invasive) there.  There is a bright side to this journey with the bamboo, though, in addition to those free life lessons it’s provided me.  Next winter, when it’s cold and nasty outside and I start getting the plant catalogs in the mail, I have a whole side of the house to design and plan.  Maybe a variety of Hostas or some native plants like False Indigos or Blue Lobuia.  And I’ll do my research in the plant section, not the poetry section.

A Poem 50 Years in the Making

Comments on: "More Thoughts on Bamboo Part 2 – Forget the Panda" (2)